I visited three facilities recently and in these plants the operations leaders were concerned they did not have enough space. I toured each respective facility with them as they showed me their process from start to finish. They are all mature businesses, over 25 years old, with a good history of growth. Each has about 100 employees with tenures varying from less than 5 years to over 20 plus years. As we discussed their individual needs during and after the tour, the one chronic condition they both wanted to address is running out of space. They all recounted histories of expansion and subsequent running out of space as a repetitive cycle. They both asked the same question - "What can I do about my space problem?"

My answer to them was simple. I replied in both cases "You don't have a space problem, you have a stuff problem".  I went on to explain that while there should be pride and accomplishment in both businesses for the strong history, there was no need to commemorate it by hanging on to everything that ever came through the doors.

We then retraced steps through the plant to show them examples of 'stuff problems’, not space problems. In one particular area where raw materials for a process was stored, there was in most cases over 7 months’ worth of inventory. I totally get you may have gotten a great price buying in bulk, but how does it compare to a facility expansion? In addition to that, there were obsolete and infrequently used variations stored right at the point of use. In another case, there were conveyor trays stored near the inlet of the process. I asked when those trays were to be used; the response was "In a few days or so". In this case there were about 25-30 pallet locations of these trays, taking up valuable space. These trays could have been stored elsewhere and brought closer only when needed.

My comment to the production leaders was make each square foot of space the most valuable resource you have and items should “Earn the Right” to occupy it for any amount of time. Earning the Right applies to anything and everything in a work place.

I am not saying any of these facilities were NOT out of space. I simply pointed out the current attitude towards use of space and that adding space was not necessarily a fix to the problem. As usual, the fix is a function of looking at the process and determining what is truly necessary and reducing or eliminating the rest.

I would love the opportunity to see your space problems and offer some suggestions. 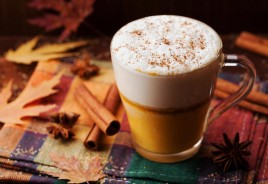 Small-Business Cybersecurity is Twice as Nice as Pumpkin Spice 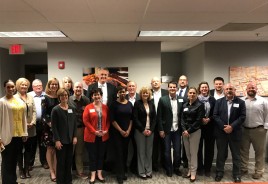 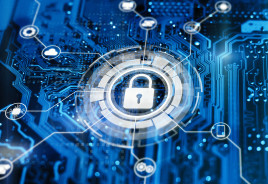 MEP has put together an intelligent program that was well thought out and challenging for supply chain management team. They challenged our supply chain approach and current paradigm – forcing us to take a fresh look at what we do and how we do it.... Read more