Remember the movie Speed from 1994?  One of the more quoted lines from that movie was something like this –

In the manufacturing world, the quote would have read like this –

“Pop quiz, hotshot production manager. There's only one measurement you can utilize to evaluate your productivity.  Speed or Throughput.  Which one do you choose?  Which one?”

Let us look at the two measures.  Speed measures just that, speed.  How many clicks, impressions, widgets, cycles, volume etc. over a period of time.  It does tell you something, but leaves much to the imagination.  It does not consider how much time it took the equipment to get to that speed, or how many people it took to maintain that speed.  It also does not reflect what was required in terms of Takt time.  Maybe you ran too fast or too slow to meet Takt time and therefore customer demand was missed or exceeded.

Throughput, on the other hand, tells a more complete story.  It will still tell you how many clicks, impressions, widgets, cycles, volume of a period of time, but the difference is what time it considers.  Throughput considers all the time required to get a job through a process, including make ready time.

Of the two measures, the hotshot production manager should opt for Throughput to tell the story of how productive their areas really are.  I have countless examples of the need for speed blinding otherwise great managers into focusing on something less than ideal metrics.  Of course, equipment run speed is important and you should make every effort to maximize it, attention should be on the larger picture.

I recall two examples that really jump to mind.  The owner of a small business had recently purchased a piece of equipment the manufacturer claimed could run at 6,000 pieces per hour.  The owner urged achieving this speed or there would be consequences.  A look at the bigger picture revealed the following data – The average run size of jobs going through this equipment was 1,500 pieces.  The average make ready of each job was 60 minutes.  Even if you got the machine to run at 6,000 pieces per hour, the job would only run for 15 minutes, with a 60-minute make ready.  Okay hot shot production manager, where would you focus your energy – make ready or run speed?  Again, not to say run speed is not important, but focus on the make ready first, then the run speed to maximize throughput.

Another example is somewhat similar.  A large company had just purchased a fleet of expensive presses and deployed them to multiple facilities, all with the same process.  Focus again was on speed.  The manufacturer of the equipment claimed the run speed should easily be 5,000 impressions per hour.  I was given the task of presenting the monthly data from the four facilities with the equipment to the senior leadership team.  After just a few months, it became clear one facility was well under the other three in achieving the run speed goal.  Further investigation revealed a similar condition to the first example.  Run sizes were low, and the other three facilities were spending up to three hours of make ready to get the job to run at the suggested speed.  Again, looking at the bigger picture, the facility with the slowest run speed very often had higher productivity as they got the job through while the other three facilities were still working on their make ready’s.

So hotshot Production Manager, what will you measure? 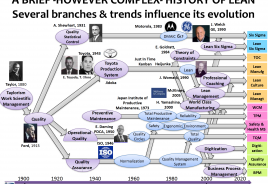 Key Figures in the History of Lean 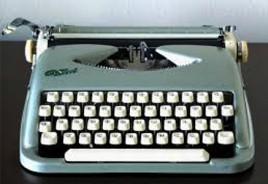 Process vs. Technology in Productivity

Great Western Manufacturing has a great story to tell.  It is Kansas' oldest operating manufacturing firm.